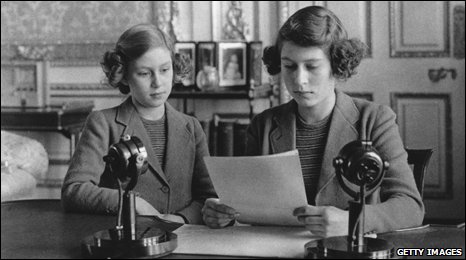 END_OF_DOCUMENT_TOKEN_TO_BE_REPLACED

As a child, I often spent Wednesday afternoons with my grandmother. I particularly remember one afternoon: we were going to leave a message in a bottle. I don’t quite remember what the message was, but I remember well the sense of excitement as I stood in the middle of the bridge crossing the river, ready to throw my bottle into the unknown. I have remained fascinated by the idea of leaving a message for someone you don’t know.

So last week, my eye was caught by the story you may have read or heard as well. It was the news item that a young girl had found a message in a Christmas card she was about to write: a message that claimed to have come from within a Chinese prison. Someone wrote in English “We are foreign prisoners in Shanghai Qinqpu prison in China. Forced to work against our will. Please help us and notify human rights organization.”

END_OF_DOCUMENT_TOKEN_TO_BE_REPLACED

It is very good to be here with you this morning, especially as we are here to celebrate the first Communion of a number of young people of this parish, and their families. It was particularly nice to be welcomed by a lovely breakfast, and it fits rather well with what today’s service is all about!

I’m sure that in your preparation sessions you have been thinking already a lot about Holy Communion and what it means, so I may be repeating some of what you already know. So as you are the experts in a way, I’d like to start with a question to you specifically, but it is also a question to all of us: what do you do when you celebrate something? What do you do when there is a birthday, or Christmas or Easter, or maybe a wedding or a Baptism?

I would like to suggest that there are four key elements to each celebration: gifts or presents, food – like this morning –, stories and other people. These four aspects are not a bad way to understand Holy Communion too, so let’s look at them briefly.

END_OF_DOCUMENT_TOKEN_TO_BE_REPLACED

Written for the Marlborough LitFest edition of Tower and Town.

When I was asked recently what I had been reading theologically, I had to admit that most of the books I read over the summer had been novels. Some were recommended by friends, others I had picked up because they looked interesting and not too heavy for a summer’s evening. I don’t think that was the expected answer, but I suspect I have learnt at least as much from reading good fiction as I have gained understanding by reading more academic works.

Although I am by no means an expert, for me a good book tells me something about myself, and the world in which I live. In one way or other I can identify with the characters, or recognise some of the scenarios which are brought to life. One particular book that has stayed with me is ‘The Cut Out Girl’ by Bart van Es.

END_OF_DOCUMENT_TOKEN_TO_BE_REPLACED

The  readings we hear on Sundays follow a three year cycle. Each year, one of the three synoptic Gospels has a main part to play. This Church year, which started last week on Advent Sunday, our main focus will be on Luke’s Gospel. As some of you may know, Luke is maybe most famous for his story-telling: it is through his narrative and through his characters that we start to understand who Jesus is, and who God is.

This morning’s reading starts by a very precise explanation of the time and circumstances of the preaching of John the Baptist. Maybe even more important than the historical accuracy is the theological reasons for mentioning these particular rules. In a way, it already foreshadows the last week of Jesus’ life and ministry, and his encounters with Pilate and Herod before he will be crucified.

END_OF_DOCUMENT_TOKEN_TO_BE_REPLACED

It is good to see so many people here this morning: the Mayor and Town Council, members from the Fourth Military Intelligence Battalion, Cubs, Scouts, Brownies, Air Cadets and people from the Town. Thirty years ago, it was generally assumed that people would slowly lose interest in Remembrance Sunday, as fewer and fewer of us have lived through, let alone fought in, a war.

However, as we have commemorated the centenary of the First World War, the last four years have seen a renewed interest in the lives and stories of those who fought and died in the trenches. In many ways, I think that I, we, have very little authority to speak about them and their experience. Those who were there at the time and survived, were often unable to speak about what had happened, as it was too horrific to put into words, and so I would like to suggest that we can only do so, because we don’t know what it was like.

END_OF_DOCUMENT_TOKEN_TO_BE_REPLACED

Now, celebrate may a big word for what is happening nowadays, but traditionally it was an important day in the year. Together with Christmas, Midsummer and Lady Day, it is one of the four so-called ‘quarter’ days, which mark the turning of the seasons. Of course, this day marking the end of the summer and the beginning of the autumn and the shortening of the days.