How do we know what we know?

Today’s readings invite us to think about things seen and things unseen. Like last week, we are encouraged to put our hope in trust not in the material world around us, but in the things that really matter, things which are often unseen: “For where your treasure is, there your heart will be also”. 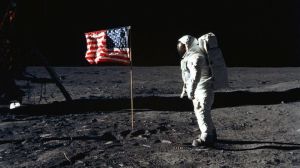 I would like to explore how we can put our trust in things that are unseen. How can we have faith, which as we hear is the assurance of things hoped for? How can we believe without seeing? It is a challenging question, particularly in a world that increasingly puts its trust in the truths acquired through science and the progress obtained by technology.

Being a scientist myself, of course I see the value of science in investigating and getting to know the world around us. However, I do not believe in the apparent opposition between science and faith, as what we can know through science is limited to the way it is used to look for patterns and regularities. Added to that, the God that is often opposed by the more vocal atheists, is a God in which very few people believe. So indeed, I think that there is plenty of room for faith.

The underlying question of both faith and science is ‘how do we know what we know?’ And that question applies both to the things seen and the things unseen, which as we will realise is not the same as the world of science and the world of religion.

To start answering the question ‘how do we know what we know?’ I’d like to use a not very religious example. A couple of weeks ago, we celebrated the 50th anniversary of the first man on the moon. Apart from reflecting on the immense technological progress we have made, it also rekindled the discussion whether the Apollo 11 had actually landed, and whether people had been on the moon.

I have to admit, I have never really considered the possibility of it not having happened. However, I happened to join two colleagues who were discussing the matter. One, like me, said that of course it happened, but the other said that he was not willing to believe it. Rather curious myself, I asked why he thought it had not happened.

We both agreed that for us, it would be hard to draw a conclusion solely based on the evidence. Yes, there is the footage, but neither of us had really looked into the reliability of the evidence. The second argument would be the vast majority of people believing it happened, and only a minority denying that Neil Armstrong walked on the surface of the moon. However, also this is problematic, as there have been times in history in which the majority view has been proven wrong, and not only in science.

The third argument would be one of motive: would there be someone wanting us to believe that the Americans were the first to set foot on the moon? This argument is the one that fuels conspiracies theories, which are often the most persistent alternative views.

This example shows that there are four ways in which we gauge whether we are ready to believe what we are told, or not: what we are told as we grow up, the evidence itself, the view of others – experts, our peers – and lastly if there would be a reason why people want us to believe a certain worldview, in other words propaganda. So we see from this example already that it is not just the evidence, the things we see, that will convince us: why we believe what we believe is a much more complicated matter.

This applies to our faith as well, and I would briefly like to look at two of these: the evidence and motive. When we think about the evidence, the most problematic issue is the problem of evil and suffering. We believe in an all-loving, all-powerful God, yet we see inexplicable suffering in this world. It is a strong argument on the side of those who deny God’s existence, and much has been written to find was to hold the two together.

Some say that suffering is God’s will, as – quoting Paul’s words – suffering produces endurance, and this is what makes us better people. However, for many of us who have seen real suffering, believing that this is God’s will is particularly off-putting. Although I don’t believe that there is a completely satisfactory answer to this problem, I think that the more convincing attempts to explain evil and suffering are based on the thought that the world in all its complexity inevitably has processes that cause illness, natural disasters and indeed the human tendency to destruct ourselves and others, as we see too in other animals.

On the other hand, there is also strong evidence in favour of God’s existence. Firstly, there is Scripture, but the problem of course is to know how to interpret this. Yes, I believe that Jesus was the son of God, but no, I don’t believe that the world was created in six days. Again, for most of us it is not straightforward what we believe when we say that we believe in the authority of the Bible. The most convincing evidence for me is what I see in other people. In the BCP service we hear ‘Let your light so shine before men that they may see your good works and glorify your father, which is in heaven’.

By what we do and how we behave, we make something visible, or maybe better, tangible of the unseen God. It is those moments in which we often see glimpses of a truth greater than ourselves, and for me that truth relates back to a faith in Christ. That is also one of the more difficult questions, why a faith in Christ, not another interpretation of God? I appreciate that one of the reasons is the culture in which we live, but I do think that there is more to it, and that is motive.

The Christian faith is ultimately based on a person who did not search any kind of human power. Jesus did not seek wealth, fame or power, but wanted to be with the poor the outcast. His healing and message were simple and accessible to everyone: no need for complicated initiation ceremonies that give a right to belong, but a welcome to everyone.

The Church throughout history unfortunately hasn’t always been able to live out this message to the fullest, as it is not only Christ’s body in the world, but also a human institution. However, we still believe that this is a place where everyone is welcome, and no one turned away. That, for me, is the most convincing argument of all, and the reason I believe that Jesus was the son of God: that someone would give everything, even himself, without an ulterior motive.

To conclude, that has brought us then from the reading from Hebrews, where we looked at the question of faith, to the Gospel reading where we are asked to sell our possessions and give alms: to welcome and give without thinking about ourselves. We give ourselves not because we believe, but we can believe because of those who have given themselves before us, that is what it means to believe in a God who is Father, Son and Holy Spirit.