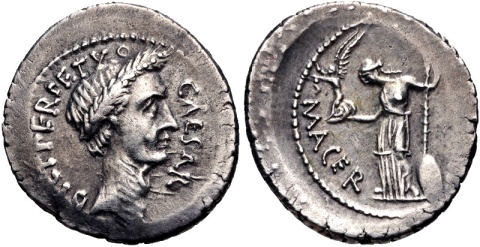 ‘Render to Caesar the things that are Caesar’s; and to God the things that are God’s.’ They are to many of us, I suspect familiar words. They are easy to remember, maybe not least because they are so deceptively simple. At face value, Jesus seems to say: there are two categories: worldly things and Godly things. The secular and the sacred. Put whatever it is you’re unsure about in one of those two categories, and you’ll be fine.

Thus, it has something to say about the importance both of our secular tasks, our jobs, our daily busyness, and about the sacred, about our worship and about the church. However, as with so many if not all of Jesus’ sayings and teachings, what seems so simple, actually points to the complexity of human life. The complexity of our relationships with each other, and with God. The complexity of negotiating our way through our civic and sacred duties.

Instead of suggesting a binary world-view, Jesus here, in contrast, challenges it. The Pharisees and the Herodians, who are waiting to catch Jesus out, have tried to make reality into a ‘yes or no’ question: is it lawful to pay taxes, or not? But Jesus refuses to answer the question with a ‘yes ‘or a ‘no’: it’s not that simple.

Someone told me the other day that the Japanese have a specific reply if someone asks the wrong question. If that is the case, you don’t answer the question, but you just say ‘nou’. I guess if Jesus had been Japanese, that is what he would have said to the Pharisees: ‘Nou’, go away and think again.

Why is this question the wrong question? First of all, I think, because of the reason it is asked. As Jesus points out himself and those who asked it knew all too well, the reason for asking it is to entrap Jesus. Not to get to know the answer, but to try to catch him out. Knowledge here is not obtained to learn and grow together, but is about to be used as a weapon.

Secondly, they ask is it lawful to pay taxes to the emperor. I think this is slightly different from asking ‘is it right to pay taxes to the emperor’. Of course, in the Jewish tradition the law and righteousness were very close together, but in any society, one may wonder who determines the law. Who determines what justice is? Is it God-given, or are there cases in which the God-given law is twisted to serve the powerful. Whose justice, whose law is this?

The third reason why this is the wrong question, as I already alluded, is that it tries to divide the world into two. The emperor, the enemy, and God. The secular and the sacred. But also, winners and losers. The goodies and the baddies. And that is what we see happening all around us every day as well. When someone ‘wins’ the presidency, someone else loses. When you ‘win’ a commendation, someone else’s work is not really worth it.

It is interesting to note how our language shapes and is shaped by how we see ourselves and others. To give another couple examples: swarms of refugees landing in Calais, Tory rebels supported by Labour, to use today’s BBC News headline. We too, continuously divide the world in winners and losers, and identify ourselves with one or the other. And in some places it is so extreme now that, as someone said, you either sit at the table or you’re on the menu.

And there then lies a challenge for us this morning. Are we like the Pharisees and the Herodians? Trying to catch others out, so that we may not be the losers, but the winners? Do we try to interpret the law so that it justifies us and wrongs others? Or do we take up Jesus’ challenge and look at life in all its complexity?

Because Jesus’ reply is: give me a coin and look at it. Whose head is this, and whose title? Caesar, the emperor, they reply. Indeed, it is the emperor who is on the coin. When we think about it, we realise that this may well be a reminder to realise in whose image we are made. As Christians we believe that each of us is made in God’s image. It doesn’t matter if you’re the Pope, the Queen, or Jean-Paul, the homeless person under the arch: each of us is made in God’s image.

However, that doesn’t completely take away our responsibility to bear that image and to do something with it. One could say that who we are, our being, is God’s gift to us, and what we give back is what we do with it, our becoming. So when Jesus says: ‘Whose head is this and whose title’, maybe he also is asking us to look in the mirror and ask ourselves: who am I and what have I become? Whose head is this: who am I, how do I see myself? And whose title: what have I become, how do I make others to see me, where do I find my status and identity?

When we think about that, I think we all have times when those two: who am I and what have I become are disparate. We try to cover up who we are, by trying to become something we are not. We cover up our frailties and our fears by taking on power and try to find our status there.

But Jesus asks us to be different. He asks us to look at ourselves as he does: with a loving gaze. A loving gaze that knows us and sees us who we are, and makes us realise that when God created us he saw that it was good. Yes, we are marred, hurt, damaged by our own wrongdoings and those of others, but at the core of our being we are good, we are made, loved and kept by God, as Julian of Norwich said when she had her vision of a hazelnut.

So, maybe that gives us two things to take away this week and to try for ourselves. Firstly, to think about the questions we ask ourselves and others. What are we asking, and why do we ask? Do we try to divide the world into winners and losers, and make ourselves victors or victims in the process?

And secondly, maybe we could ask ourselves the question: who are we and what have we become? Which are the areas in our lives where we need to work on, and which are the parts of ourselves that we can give thanks for and celebrate. Because we all remain complex creatures, capable of doing right and doing wrong. But knowing where we come from, let us take courage that where we are going too is the place where God wants us to be. Let us try to look at ourselves and others as Jesus did. And then to see, to understand and ultimately to love.

Learning to see and learning to love: there are worse ways of summarising what the Christian life is about.